Food safety hazards can be divided into an array of categories, depending on the nature of each hazard. They include biological, chemical, physical and allergenic hazards. Let’s take a closer look at each.

Foodborne biological hazards include microbiological organisms such as bacteria, viruses, fungi and parasites. These organisms are commonly associated with humans and with raw materials entering the food establishment. Many of them occur naturally in environments where food is grown. Most microorganisms are killed or inactivated by processing steps such as cooking, and numbers can be minimized by adequate control of handling and storage practices (hygiene, temperature and time).

According to the World Health Organisation,  foodborne diseases cause one in 10 people to fall ill every year. This means 33 million healthy life years lost as a result of foodborne illnesses – and a third of the dead are children. Diarrhoeal diseases are the most common illnesses resulting from unsafe food.

Some of the most common foodborne diseases are caused by the following biological hazards:

The US FDA offers a free Foodborne Pathogenic Microorganisms and Natural Toxins Handbook, which includes details on each of these microorganisms, and the CDC has an A-Z list of foodborne germs here.

Transmission pathways are through both direct and indirect contact.

Direct contact includes coming into contact with the bodily fluids of an infected animal, such as saliva, blood, urine, mucus or faeces. Water resources contaminated by manure can also be a mode of transmission.

Viruses exist wherever life is found. They are a major cause of mortality, a driver of global geochemical cycles, and a reservoir for the greatest genetic diversity on Earth. They are remarkably complex and varied in composition. They are small, obligate intracellular parasites, which by definition contain either an RNA or a DNA genome surrounded by a protective, virus-coded protein coat.

Viruses depend on specialised host cells to supply the necessary mechanisms (metabolic and biosynthetic machinery) to survive. 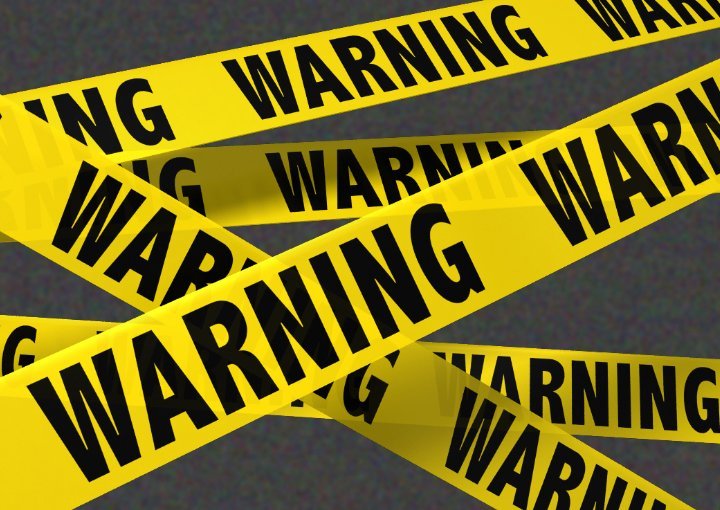 Chemical contaminants in food may occur naturally, or be added during the processing of food. Acute cases of foodborne illness have been associated with high levels of harmful chemicals; they can also be responsible for chronic illness at lower levels. They may include pesticides and other chemicals that are applied to or carried on raw materials, or chemicals used on food contact surfaces in a manufacturing facility, such as cleaning detergents and sanitisers.

For example, Melamine is a chemical traditionally used in the production of plastics, specifically industrial products that are fire resistant and heat tolerant, such as cooking utensils, countertops and fabrics. Past incidents involving this chemical include melamine-contaminated pet food, with the development of kidney stones and subsequent acute kidney failure in cats and dogs, as well as the intentional adulteration of milk with melamine in infant formulas.

The structural analogues of melamine, such as cyanuric acid, may act together to form crystals. The formation of these crystals is threshold dependent and concentration dependent. The incidence of melamine exposure to consumers is considered to be low, but melamine extraction may occur through other food-production processes, such as in compression moulds, by acidic foods such as lemon or orange juice, or milk curdling at high temperatures. This is threshold and concentration dependant.

Other chemical contaminants of concern are heavy metals, sometimes present in foods at excessive levels, and other toxic compounds that should not be present in foodstuffs at all.

Have you read our article about heavy metals found in turmeric? Or the coumarin concern regarding cinnamon?

Mycotoxins are naturally occurring toxins that can be present in and grow in food. These compounds are produced by various fungi, and are hazardous to human health. Mycotoxins may accumulate in food to harmful levels without any adverse effect on the flavour or appearance of the food. However, many are acutely or chronically toxic or carcinogenic.

Such fungus growth can occur either before or after harvest, during storage, on/in the food itself, and often under damp, warm and humid conditions (e.g. tropical climates). Certain regions or countries may become more susceptible to aflatoxins, due to increased temperatures as a result of climate change. Most mycotoxins are chemically stable and can survive food processing.

One of the most prominent grous of mycotoxins are the aflatoxins (produced by Aspergillus spp, such as A.flavus). Fungal spoilage of foods by A. flavus is a global issue and occurs frequently. Aflatoxins have been associated with increased risk of liver cancer, and pose a significant economic burden; according to the WHO, they cause an estimated 25 per cent or more of the world’s food crops to be destroyed annually.

Aflatoxins occur in a wide range of raw food commodities, including cereals, nuts, spices, milk, figs and dried fruit. The international trading of these commodities means that aflatoxins are not only a problem for the producing nations, but also of concern for importing countries.

In foods, any extraneous material that is foreign to the food itself is considered a physical hazard. This includes any materials that inadvertently make their way into the food but which originated from the manufacturing equipment (pieces of metal) or the packaging (glass and plastic). Evidence of physical hazards is seen in the continuing recalls of manufactured food products around the world. Illness and injury can result from hard foreign objects in food.

Size matters. Here are examples of materials that could pose a physical hazard:

Routine inspection of equipment and scheduled maintenance/replacement of critical points is a good means of avoiding physical hazards. Methods for detecting physical hazards include various electromagnetic, spectroscopic and ultrasound techniques.

To assist the food industry in detecting the presence of foreign objects in food materials, FACTS has an analytical department that uses a wide range of scientific tools, specialised skill sets, and some ‘out-of-the-box’ thinking to solve the atypical challenges that arise periodically during food production.

These challenges range from identifying foreign matter and detecting adulterants to tracing the root cause of contaminants and quantifying specific compounds in a matrix. Our multidisciplinary team seeks answers to any question, and solutions to any problem.

The presence of undeclared allergens in foods is one of the main causes of food-related deaths and recalls, worldwide.

Allergens pose a significant health risk to allergic individuals, and occur when the human body produces an abnormal immune response to specific proteins found in food.

A wide variety of foods can cause allergic reactions. However, there are eight foods that are thought to account for about 90 per cent of these reactions. These eight foods are referred to as ‘common allergens’, and are also the food allergens which have to be controlled according to South African food regulations. This means that in a food facility, these allergens need to be managed in terms of preventing cross-contamination from allergenic foods to non-allergen-containing foodstuff. The presence of these common allergens in foodstuffs must be declared appropriately on food labels.

The South African Regulations Relating to the Labelling and Advertising of Foodstuffs (R146 of 2010, as amended) define the ‘common allergens’ as:

This includes ingredients derived from these foodstuffs that have retained their allergenicity in the final product.

However, food manufacturers must be mindful that this group is not the standard when it comes to exporting, as each country has its own set of regulated allergens.

The prevalence of undefined food intolerance is as ever-increasing as allergic reactions are. Sulphur dioxide, as mentioned in Section 1, is an undefined intolerance for many people. Because it is so common, it is also regulated by regulation R.146:

There have also been records of people having adverse reactions to sodium benzoates (in natural and preservative form) as well as monosodium glutamate.

Did you know? Allergy to alpha-gal is manifested via individuals reacting adversely to mammalian meat products, e.g. red meat.

Wondering which method and test kit you should choose to test for food allergens in your samples? We have the expertise to help you find the solution and select the correct allergen test method.

If you have any questions, please contact us for more information.

Get in touch with our expert team in our lab. They really know their stuff.

Have a look at our latest online workshops